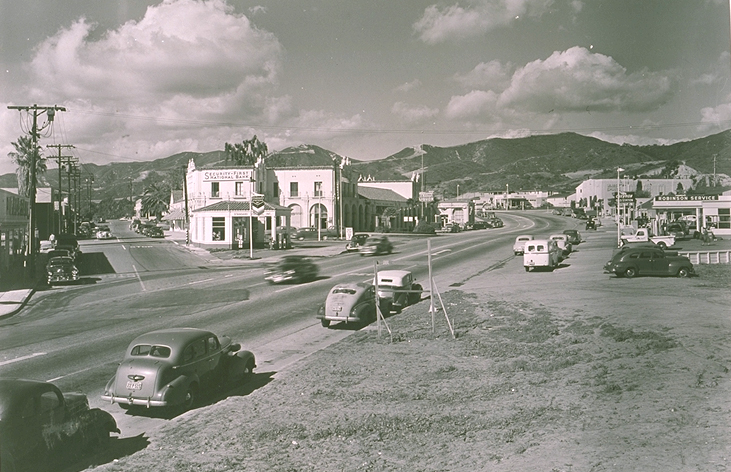 As Los Angeles City Councilman Mike Bonin tells it, for a long time now, downtown Pacific Palisades has been in a sad, sad state. Shops have either fallen into disrepair or shuttered. Enter Rick Caruso, who Bonin says, "came riding in on a white horse."

It was with that enthusiastic introduction that the City Council on Tuesday gave Caruso—who built The Grove and Americana at Brand—the final approval he needed to begin a major overhaul of the community’s downtown.

The project, called Palisades Village, will span 3 acres bounded by Sunset Boulevard, Monument Street, and Albright Street and include the demolition of six buildings, a gas station and parking lots.

That will make way for an outdoor shopping mall made up of eight new buildings. The Village will also include a park, restaurants, offices, and eight residential units, plus a "specialty" grocery store, community room, bank, and restoration of the Bay Theater, which hasn't operated since 1978. Caruso has pledged to build three levels of underground parking with 560 spaces.

The Palisades News has reported that residents are lining up in support of the development, and Bonin said, "I have been getting emails 9-to-1 in favor."

One of the opponents is Pacific Palisades resident Rosalie Huntington, who says the Village’s architectural style has, "no creative roots in Pacific Palisades." She wanted more midcentury modern (and who doesn’t these days?)

"There is one midcentury structure — that’s in the entire project," she said. "Our community seems to be swept away by the idea of the new shopping center, and that is fine, but, unfortunately, it is with apparently little or no regard for architectural style."

With the success of The Grove, Caruso is credited with transforming mall culture in Los Angeles by turning shopping centers into open-air destinations where people enjoy spending a lot of time, and not just in shops, but at al-fresco restaurants and plaza-type spaces.